Been awhile since I played Minecraft with my kids. A few days ago, my son found his Minecraft “Guide to Farming” book once again and he wanted to try out the ideas in the book. So we fired up the game and built some small farms in Creative Mode. We got to enjoy the sunrise in the game as well. (Note that I'm using a texture pack here, I think it was called “Full Of Life”, or something like that.) 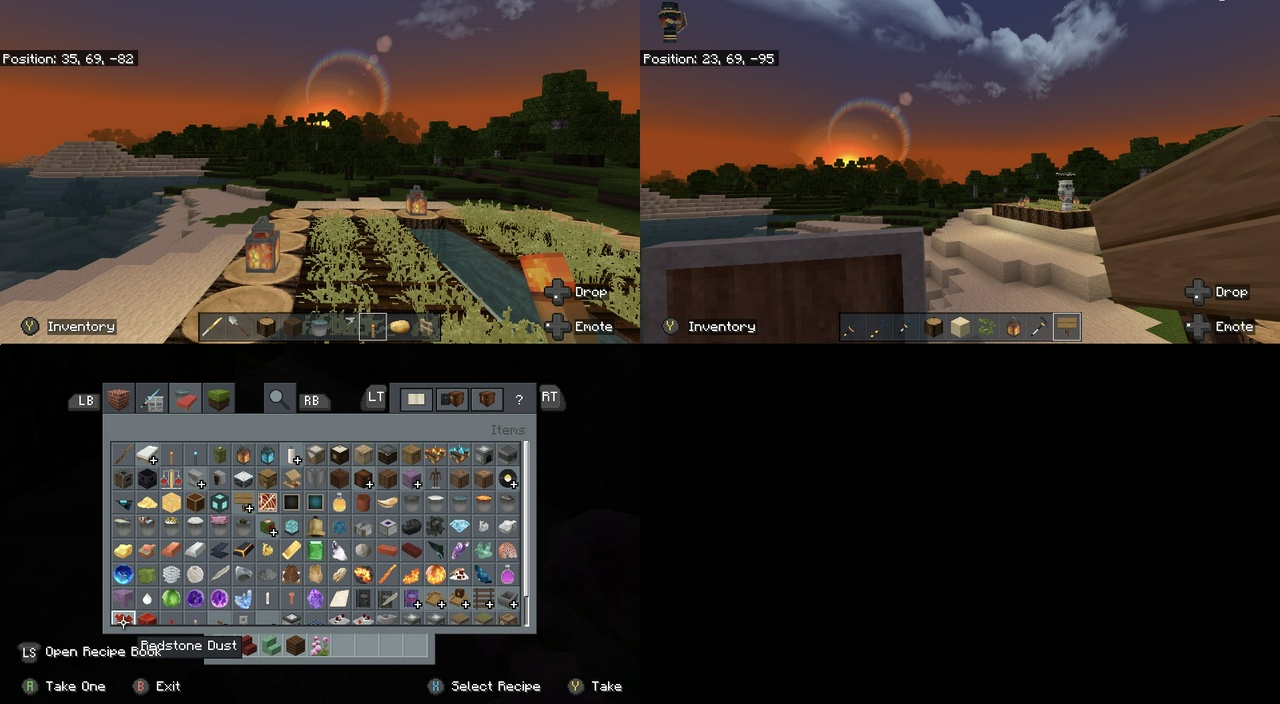 Sharing this for the dads out there who like to play co-op video games with their kids, here is a really good one!

I played Episode IV with my son and it was fun. He went on to finish the episode by himself. Oh and just like in the movies, you get to fly an X-wing fighter for that bombing run on the Death Star. This might even be a good way to introduce Star Wars to your young ones. If you're a fan of Star Wars, you definitely need to give it a try.

Bruno Fernandes and Donny van de Beek, both have the Creative Playmaker playing style now in my Master League season. What a welcome change it has been for my 4-4-2 diamond formation.

Previously, both players had the Hole Player playing style. This meant that once we get the ball on offense, they would try to rush forward to get into an attacking position. This leaves my CMF/DMF with no one to pass to in the center of the field. Without being able to get it to my AMF, I cannot do play-through passes to my CF or SS. But with the Creative Playmaker playing style, they would actually get into a position to receive a pass from my CMF, LMF or RMF. This allows my offense to flow through the middle. And it allows me to use them to make the final through pass that can lead to goals.

This is not to say that having a Hole Player AMF is useless in a 4-4-2 diamond formation. You just have to play a little differently. Meaning you have to anticipate the forward run by your AMF and play the long ball, or play through the wings.

Having the Lightning Rod (single target) and Updraft Tome (AOE) makes it easy to take down Redstone Golems in the game.

I for one am a big fan of the Lightning Rod and use it as much as possible in any Minecraft Dungeon build I make. It is in my experience, one of the best sources of single target damage in the game. And since it has a very low cool-down, you can use it frequently against tough enemies.

Me and my son defeated the Tempest Golem a few months ago (this game log is months behind). The key was to focus on clearing out one zone at a time. There are two of them in the boss fight against the Tempest Golem. And it also helps to have lots of AOE damaging artifacts, like the aforementioned Updraft Tome, and some other ones like the Harvester and Satchel of Elements. Once you clear out the two zones that spawn enemies, the Tempest Golem will be vulnerable to attacks.

The Subaru WRX is my choice for checking out barn finds in Forza Horizon 5. It has All-wheel Drive, which is great when you need to get off-road. And since it is not an SUV, it still retains great driving dynamics on the road. It is also the closest I can get to a Mazdaspeed3, since they no longer allow you to own and drive one in the game.

Prior to getting a WRX in the game, I was actually driving around a Durango SRT to check out barn finds. Not a bad vehicle, but I like the WRX better specially when cornering. 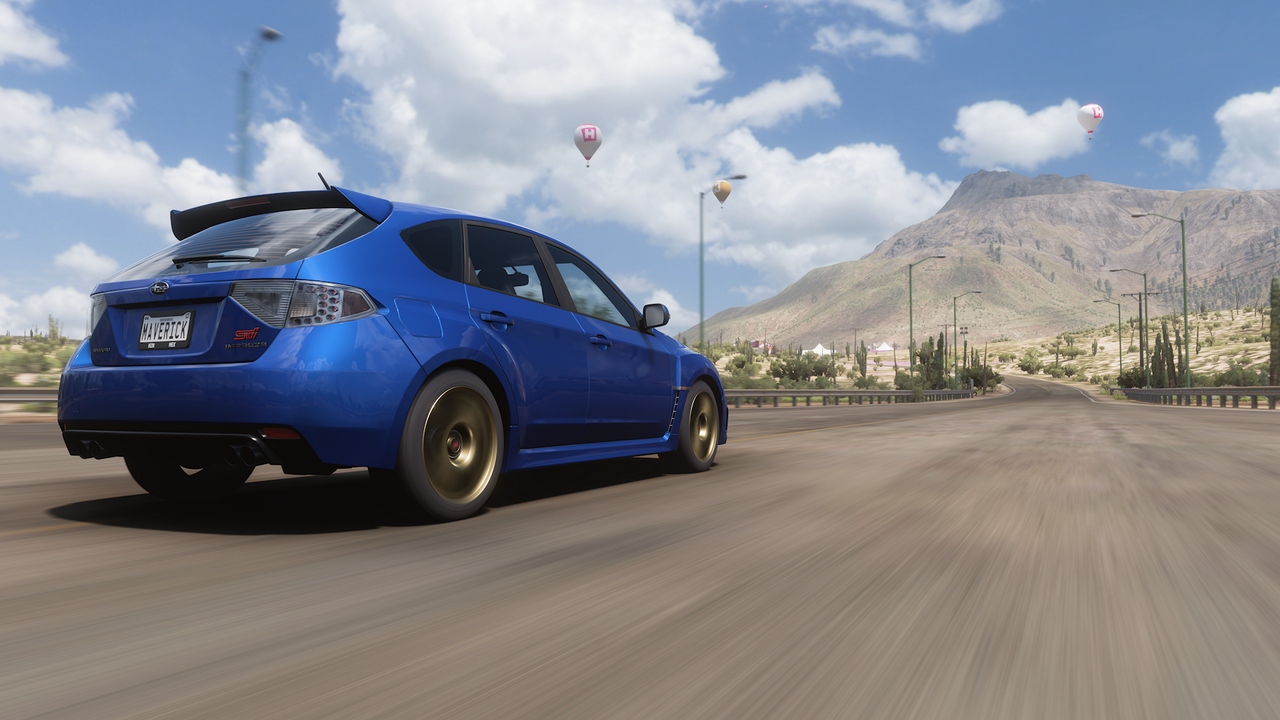 Out for a drive in the Subaru WRX to check out a barn find.

I started playing Minecraft with my eldest son at his request. I previously played it solo before and never really got into it. But playing split-screen co-op with my son, is a totally different experience. I underestimated how much fun it can be playing it with your kids. 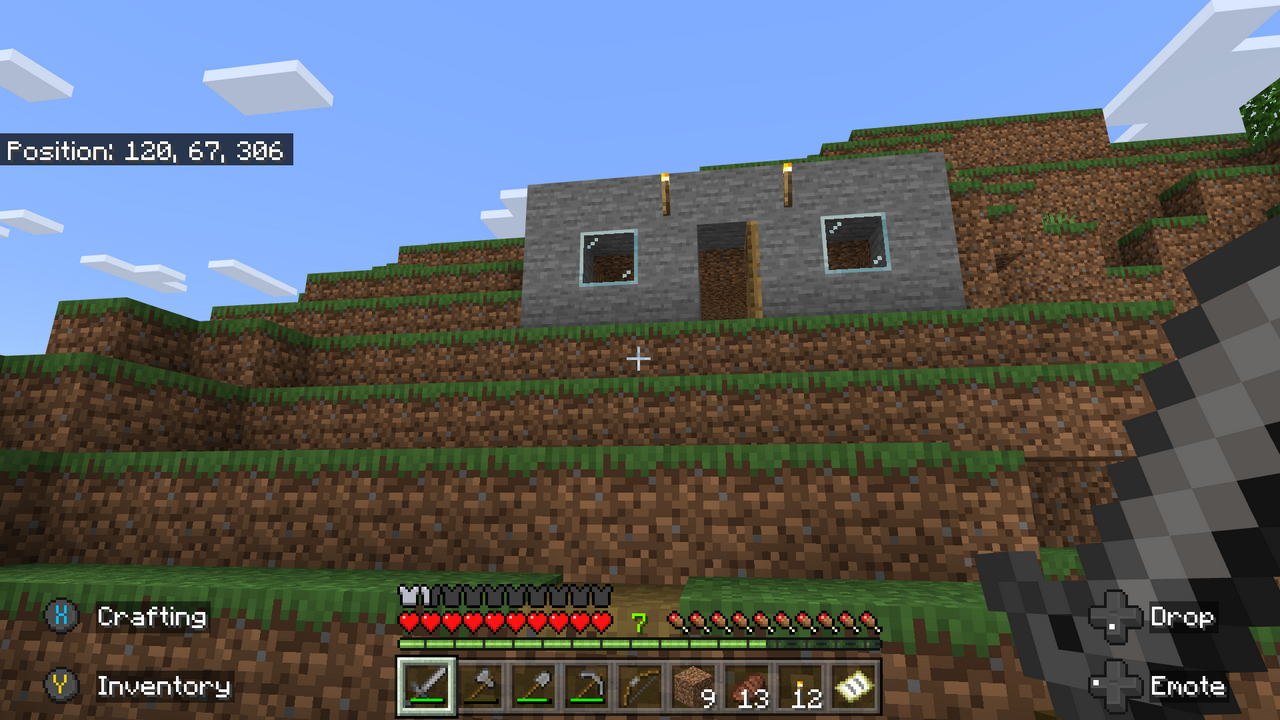 This is a look at the entrance to our first shelter in the game. This world we are playing in, was created a year or two ago, when I first played the game solo. This shelter was previously just made up of dirt blocks for walls and a fence gate for a door. When I had my son join me in the game, we found out how fragile our shelter was against Creeper explosions. So our first mission was to upgrade our shelter to be more sturdy. So we mined some Cobblestones, figured out how to turn it into Stone and upgraded our shelter with Stone walls and a Wooden door. Apparently in higher difficulty, Zombies can break down a Wooden door, but we were playing in “Easy” difficulty, so that's not an issue.

The beautiful night sky in Skyrim. Not sure why I never noticed this before. Probably shows how much of a Skyrim noob I am. But anyway, I was making the trek to Ivarstead when I looked up and was amazed at what I saw. So amazing that at one point I didn't notice a pack of wolves bearing down on me while I kept looking up 😄 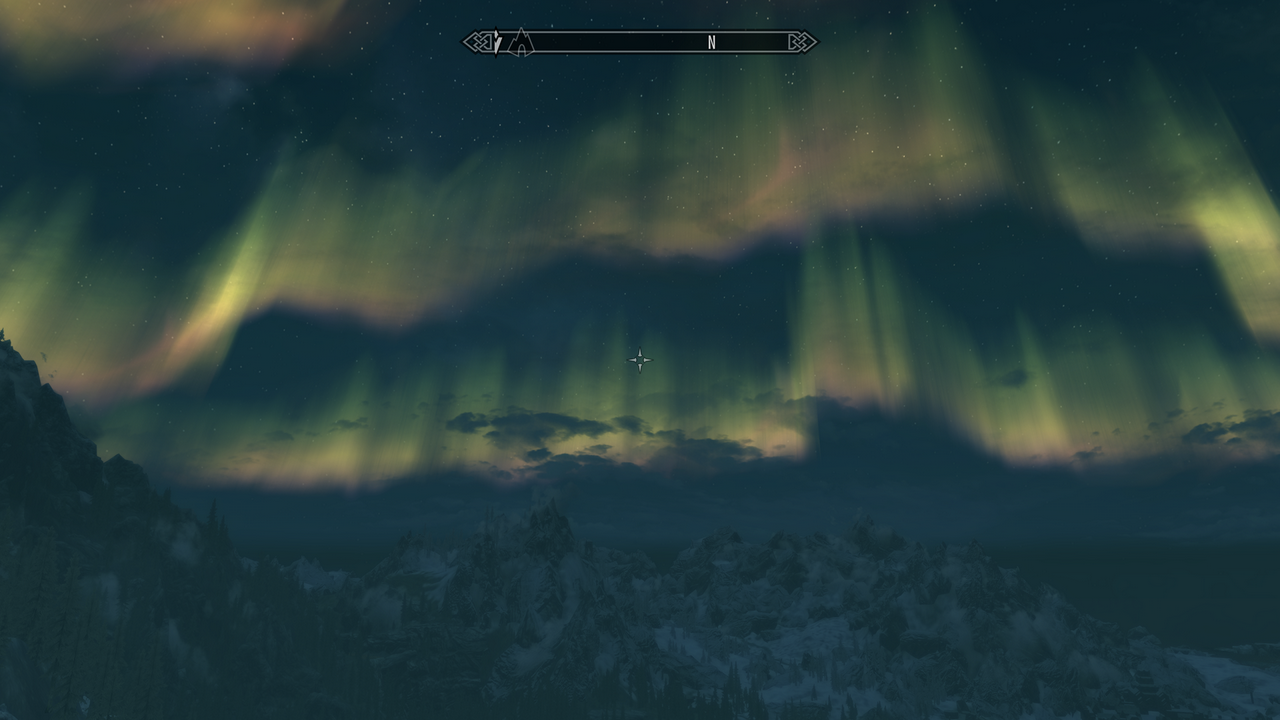 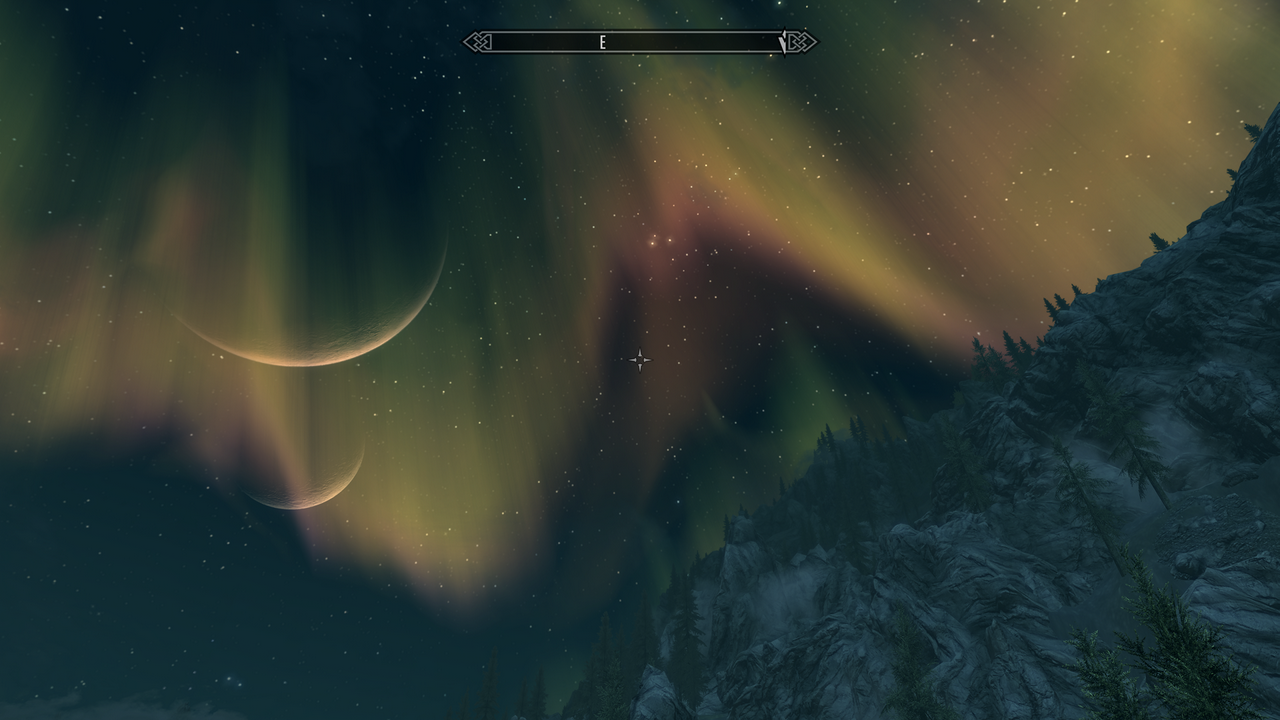 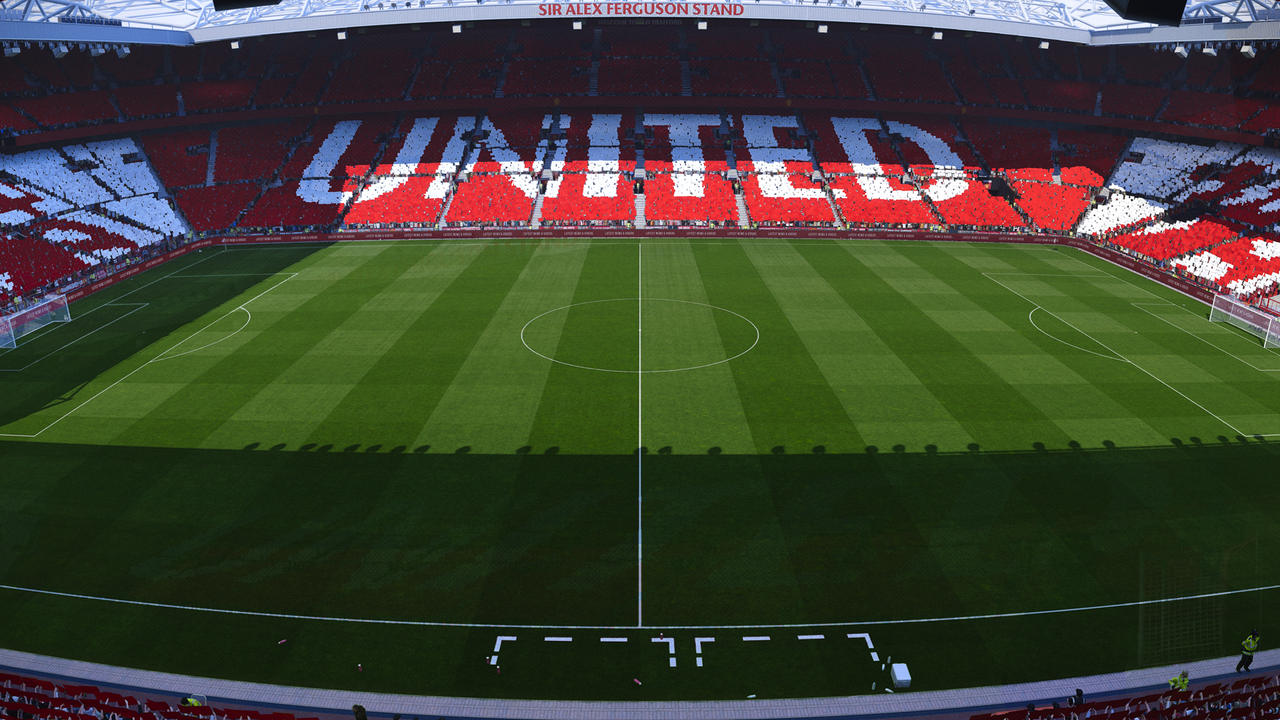 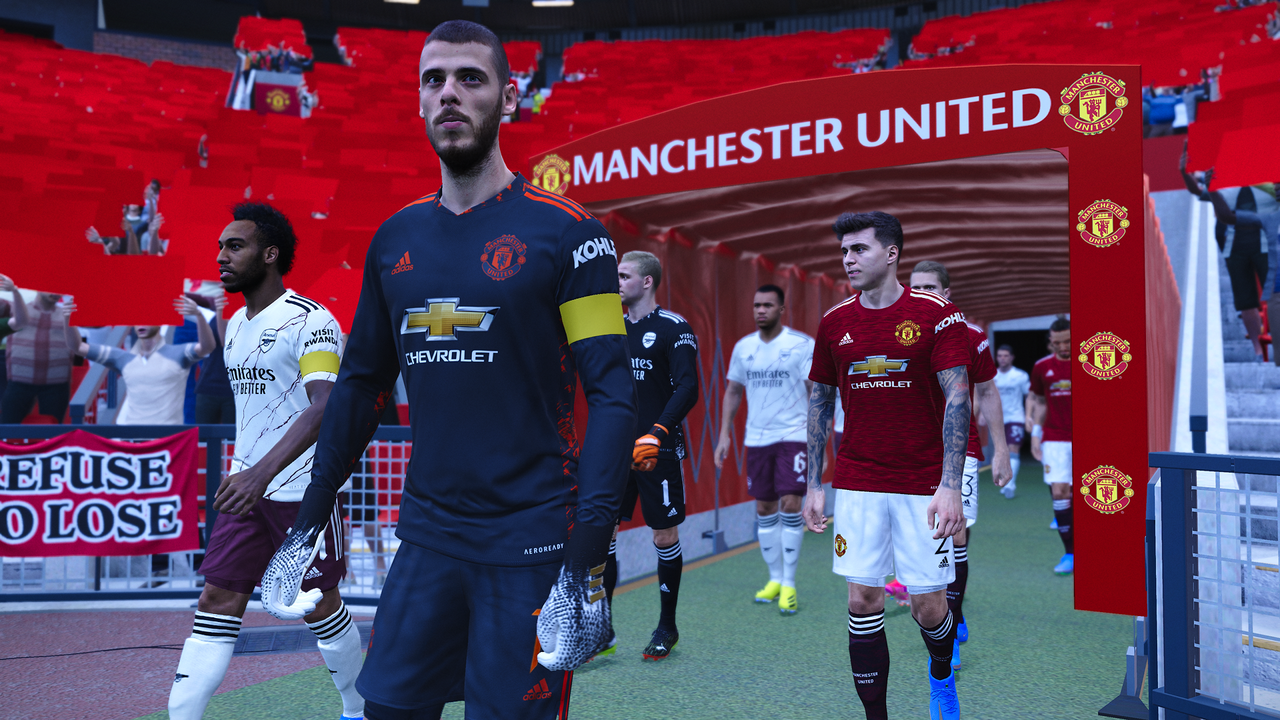 Couple more shots of the Mazda FC RX-7 in Forza Horizon. This time the screenshots were taken as the sun went down in the game. It's amazing how far we've come in racing video games. We used to only have static weather during game play. Now we have dynamic weather and even the passage of time in a racing game. Coming from the 8-bit racing games I used to play when I was a kid, today's games are pretty awesome! 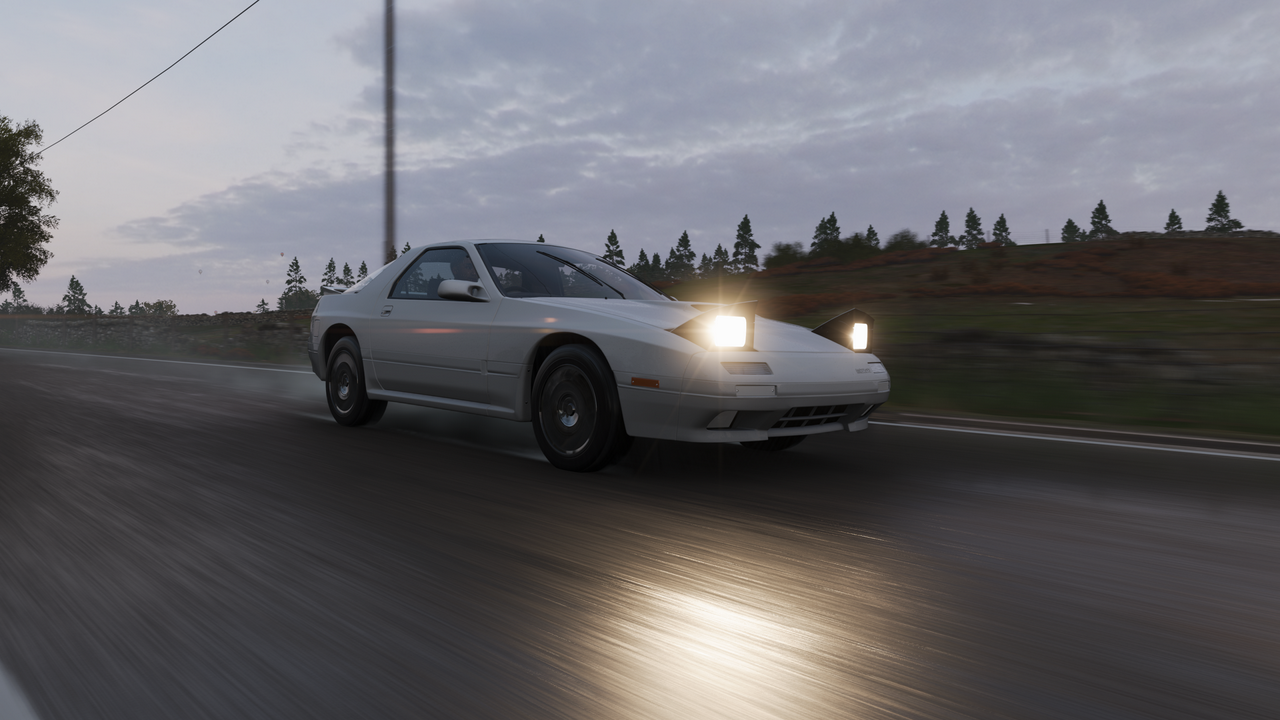 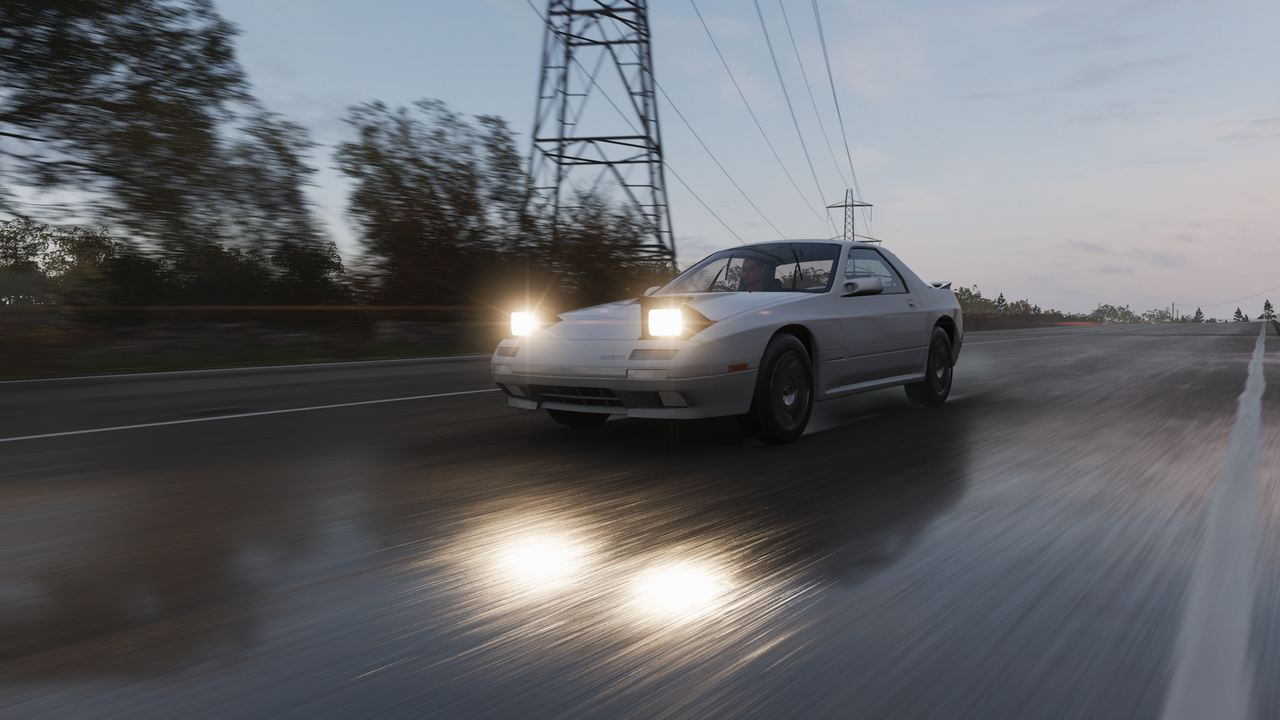