I have a five game winning streak now, playing Pro Evolution Soccer’s Master League mode. I’m now up to 9th in the standings, where previously my team was always around 16th to 18th in the standings. It seems like the team is coming together now. I’m also starting to feel comfortable with the game.

I used to play the game in a rush. I was rushing to get the ball to the other side, rushing to pass, rushing to shoot, rushing to clear the ball off the opposing player. All that made my team vulnerable to counter attacks from the opposing team. So after a streak of games where the best I could manage was a draw, I took a step back to evaluate what I was doing wrong. Sort of like investigating an application that is performing poorly, as far as programming goes.

First thing I looked at was, did I have the right players playing for the proper position in my lineup? I mostly had it right, except for a couple mistakes. 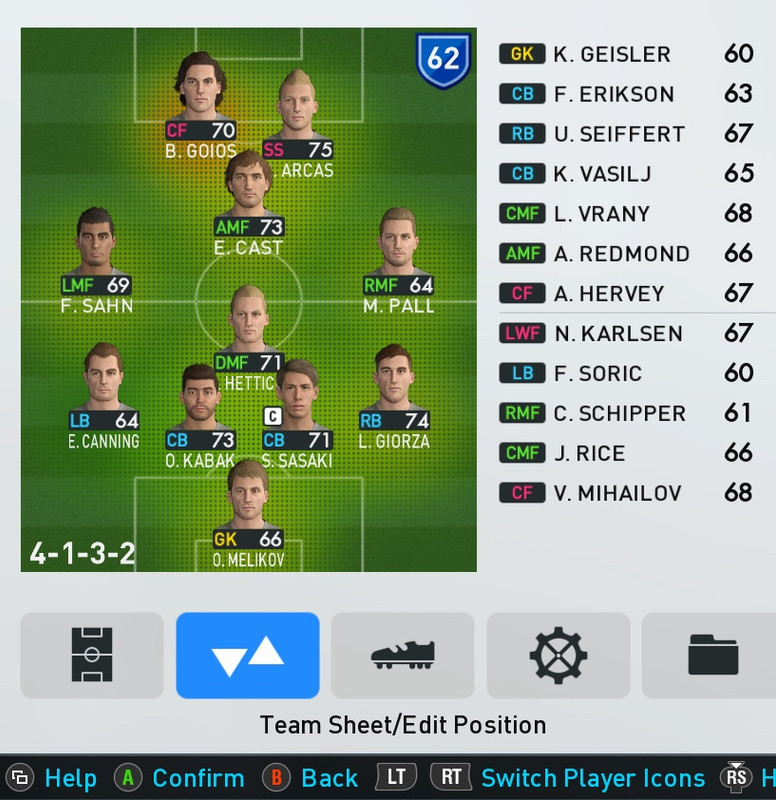 Another thing I did was evaluate the Attacking and Defensive Instructions I have set for the team.

Another change I made was to decrease the number of crosses I played and instead focused on feeding the ball to the center with ground passes. The reason for this change is because Goios and Arcas aren’t particularly strong with their headers. In fact they suck at headers (or I do), either way I could barely score goals off headers from crosses and this was reflected in the monthly performance reports that I was getting from my assistant coach. The only cross I now consider using is the low cross, which is something that both strikers can capitalize on. I only use the low cross if I have either striker one on one against the defender with some space between them.

Looks like this post ended up longer than it was supposed to be so I’ll end here. I am loving PES 2019 on the Xbox One except, for its inability to accept option files that add licensed teams and kits.