Today Fane proved himself to be a valuable member of the party by disarming traps that were located inside a poison cloud. As mentioned previously, Fane being an Undead character, gets healed when he gets hit with poison. It was super easy to disarm the traps by just having Fane walk to them.

The lure them to a “choke point” strategy I mentioned previously definitely works. I've used it 3 times already and it has made a difference in battles. Also, make sure your melee fighter or tank has the “Opportunist” talent. This enables that character to make “Attacks of Opportunity” if any enemy tries to slip past them while they are guarding the choke point. Screenshots below show one battle where I used this strategy.

In the screenshot above you can see my party's formation. I have Ifan, my tank up front by the door. Just behind him are Lohse and Fane who are basically support characters. Then all the way back is my Ranger. 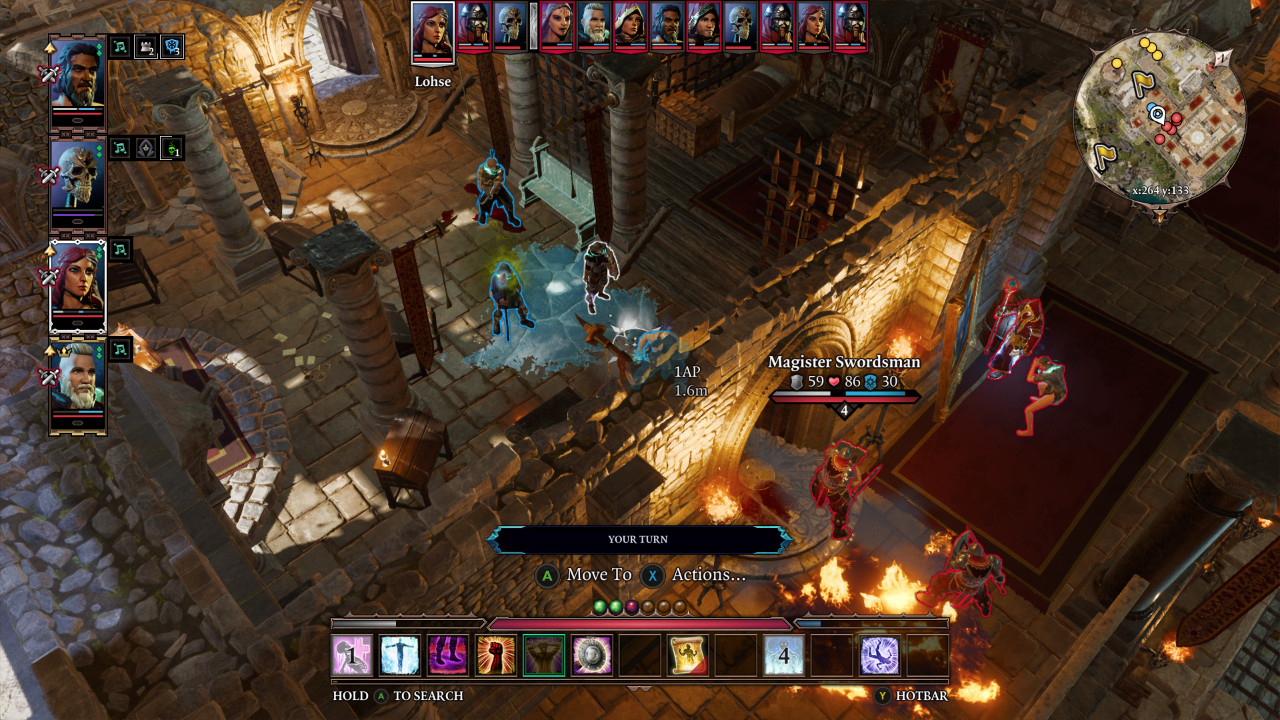 This second screenshot shows how the enemy AI was positioning his units. You can see how most of them aren't even really involved in the fight. Which is what we want when using this strategy.