Having the Lightning Rod (single target) and Updraft Tome (AOE) makes it easy to take down Redstone Golems in the game.

I for one am a big fan of the Lightning Rod and use it as much as possible in any Minecraft Dungeon build I make. It is in my experience, one of the best sources of single target damage in the game. And since it has a very low cool-down, you can use it frequently against tough enemies.

Me and my son defeated the Tempest Golem a few months ago (this game log is months behind). The key was to focus on clearing out one zone at a time. There are two of them in the boss fight against the Tempest Golem. And it also helps to have lots of AOE damaging artifacts, like the aforementioned Updraft Tome, and some other ones like the Harvester and Satchel of Elements. Once you clear out the two zones that spawn enemies, the Tempest Golem will be vulnerable to attacks.

A few months ago as well, we defeated the Vengeful Heart of Ender. By we, I mean me, the wife and our son. We did it on our first try, but we only barely made it. That was because we weren't prepared at all for the boss fight. My son was familiar with the map, but me and the wife weren't. Having at least one Totem of Shielding artifact available would have helped make it easier. It wouldn't hurt to have some kind of healing artifact as well. Plus some single target damage artifact like my favorite, the Lightning Rod.

Lastly, to the dads and moms out there. I would just like to say, that if you're looking for a great game to play with your young ones, Minecraft Dungeons is one of the best games to pick. In my opinion, it is better than Minecraft, because it is easier for your kid to pick up and play. At its core, it is a well made hack and slash game. As long as your kids can move a character on the screen, follow the yellow arrow, and press the buttons to attack and use potions, they're all set. All you have to do, is follow them along in the game, or lead them if you want. I'm sure you'll have a great time playing together.

I'll end this post with a screenshot of me, the wife and my son playing Minecraft Dungeons local co-op. 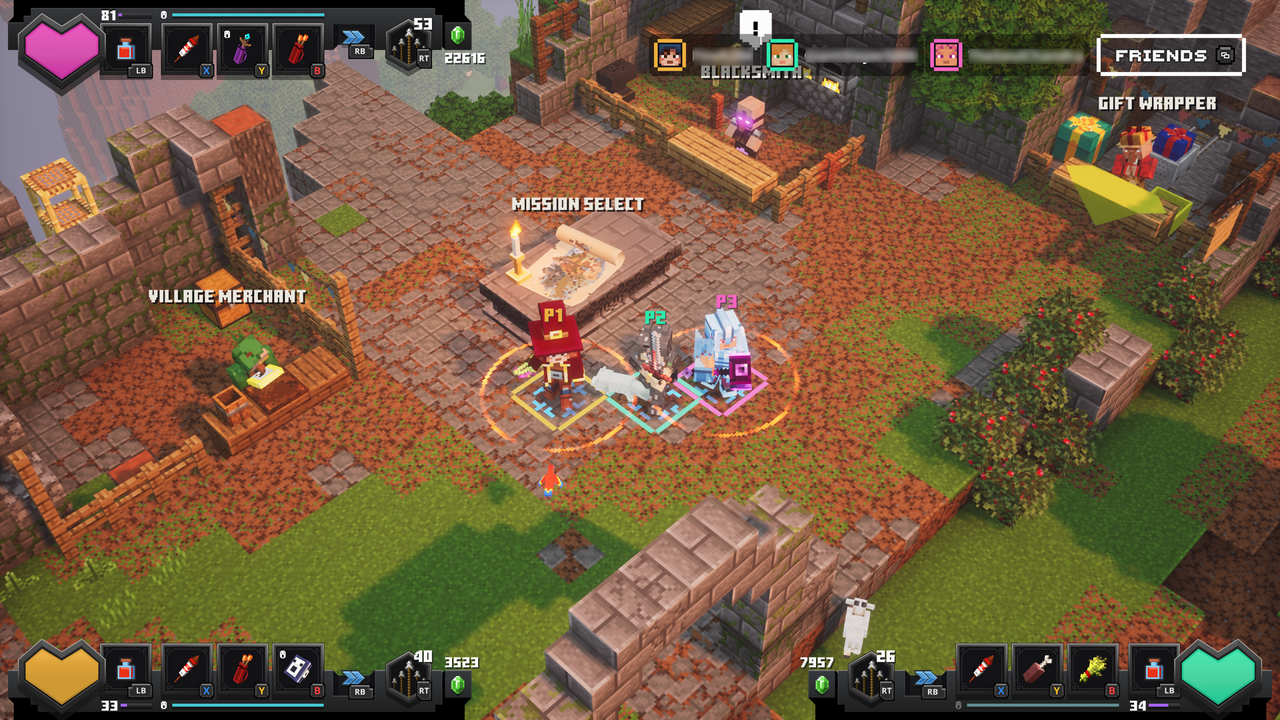