How Contract Renewals Work in PES 2019

So for awhile there I didn't really understand how contract renewals work in PES 2019. To clarify, I'm talking about contract renewals in Master League mode. How much money did I need in my salary budget to successfully renew a player's contract? What does a contract length of 2 years mean? What are Release Fees? I'll try to answer some of those questions below.

Player Salaries and the Salary Budget 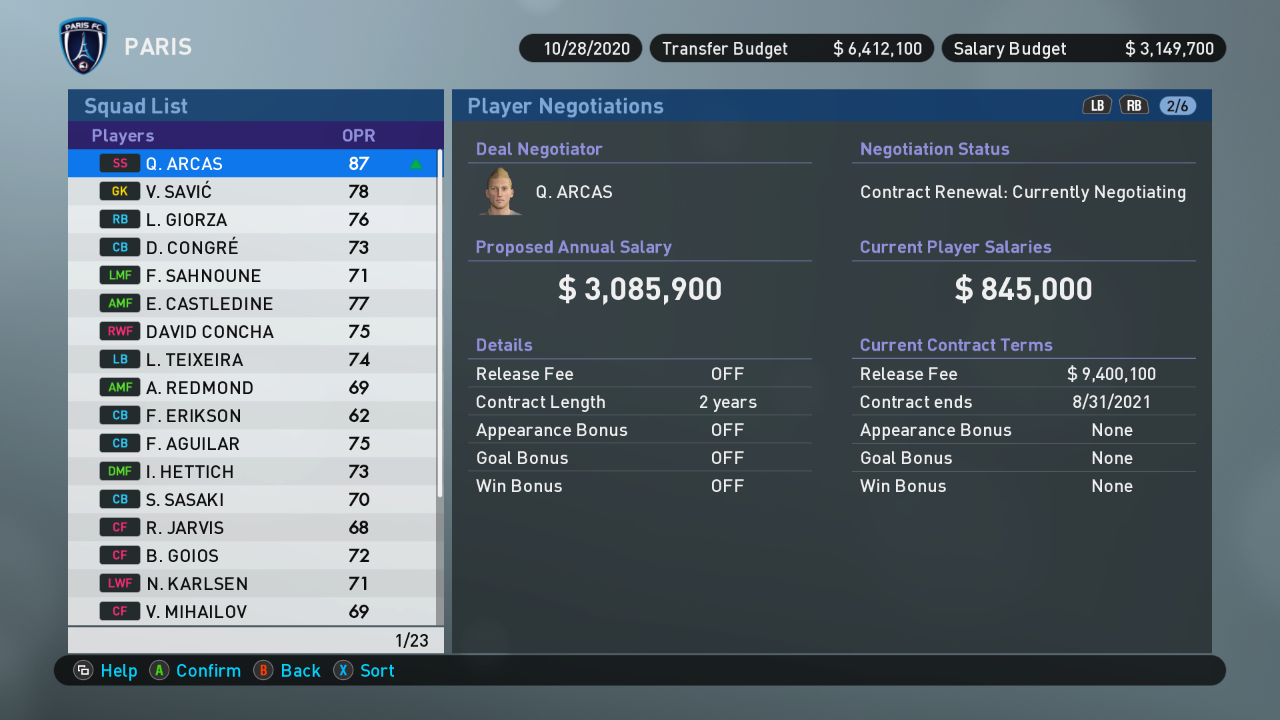 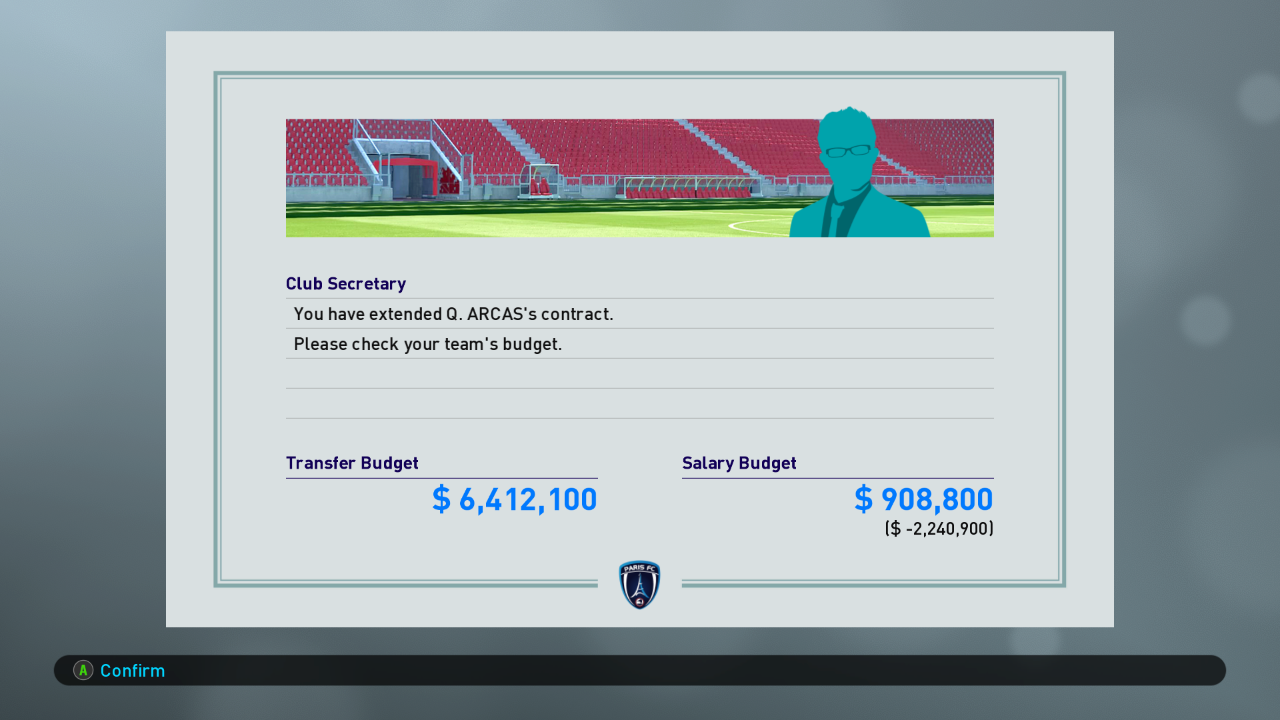 The photo above shows the contract renewal confirmation/summary screen. You can see that my salary budget was decreased by $2,240,900 only, which still leaves me with $908,800. I would have expected it to be decreased by $3,085,900, which is Arcas' proposed annual salary, so what happened? Where did this $2,240,900 amount come from?

Now as far as the new contract expiration date goes, I originally thought that if I renewed a contract today, the new contract was going to replace the existing contract. This is only true if you renew a contract without extending the contract length. In that scenario, you pretty much just gave them a raise but didn't extend their contract. Needless to say, that's a very bad deal. Instead, you should be considering contract renewals for at least 2 years or more to get more bang for your buck.

Anyway, going back to our example above, I thought that since the current in-game date was 10/28/2020, the new contract expiration date for Arcas would be 8/31/2022. I was thinking, 2020 + 2 years equals 2022, which, for a 3 million annual salary, doesn't seem like a good deal. Thankfully, it turns out that a contract renewal will stack on top of the existing contract. So, the new contract expiration date for Arcas is actually 8/31/2024. Now that's much better.

Another thing to note with contract renewals is that player salaries are already factored in for the duration of their contract. Sticking with the example from above, after the contract renewal Arcas now has a salary of $3,085,900 and his contract will last until 8/31/2024. What this means is that you don't have to pay Arcas any money for the duration of his contract. Everything is already “in the books” as the game would say.

Lastly, release fees. Release Fees are something that Konami added to the game to make it easier for players to be able to sign star players from other teams. The idea is, if you can pay the Release Fee for a player, the team who the player plays for cannot stop you from entering into a contract negotiation with that player. This doesn't guarantee that you can sign the player, it just gives you the opportunity to try and sign the player without getting blocked by the team who owns the player. The thing to note here, is that it goes both ways. If you have a player with a Release Fee in their contract, an opposing team can bypass you and negotiate directly with your player to try and sign them.

Now as far as contract renewals goes, some players will not accept a contract renewal without a Release Fee. In my experience, I found that going for the maximum Release Fee is the best option since it satisfies the player's requirement of a Release Fee and makes it as hard as possible for opposing teams to get into a negotiation with your player.