Currently in the offseason, prior to the start of the 2022-2023 Master League season. I tried renewing F. Aguilar's (CB) contract. His contract was set to expire on 2023. After renewing his contract for 4 years, his contract expiration date is now 2027. So, renewing a contract means the year length is added to the current expiration date.

Need to figure out what to do with the offer to Canning and Mihailov.

It is now the start of the 2022-2023 Master League season. I won my first game against Real Madrid in the International Champions Cup. We were tied at the 95th minute mark. I won a corner kick and called everyone to join in. Scored the tiebreaker in that set piece and Real Madrid did not have time to get another goal.

Next game against Club Brugge ended in a draw.

K. Gameiro made his debut for my team in the French Super Cup game against Paris Saint Germain. I scored the first goal with B. Goios, but eventually fell behind 2-1 after Neymar scored two goals in succession. We equalized with a great free kick from Castledine. Then towards the end of the game, Hamouma and Gameiro hooked up to score the decisive goal. We won the French Super Cup against a really good PSG team.

To end my post, I'll share a new thing I finally learned in the game. To have your defenders join the attack during set pieces, you can choose which players do so by going to Gameplan –> Player Settings –> Players to Join Attack. 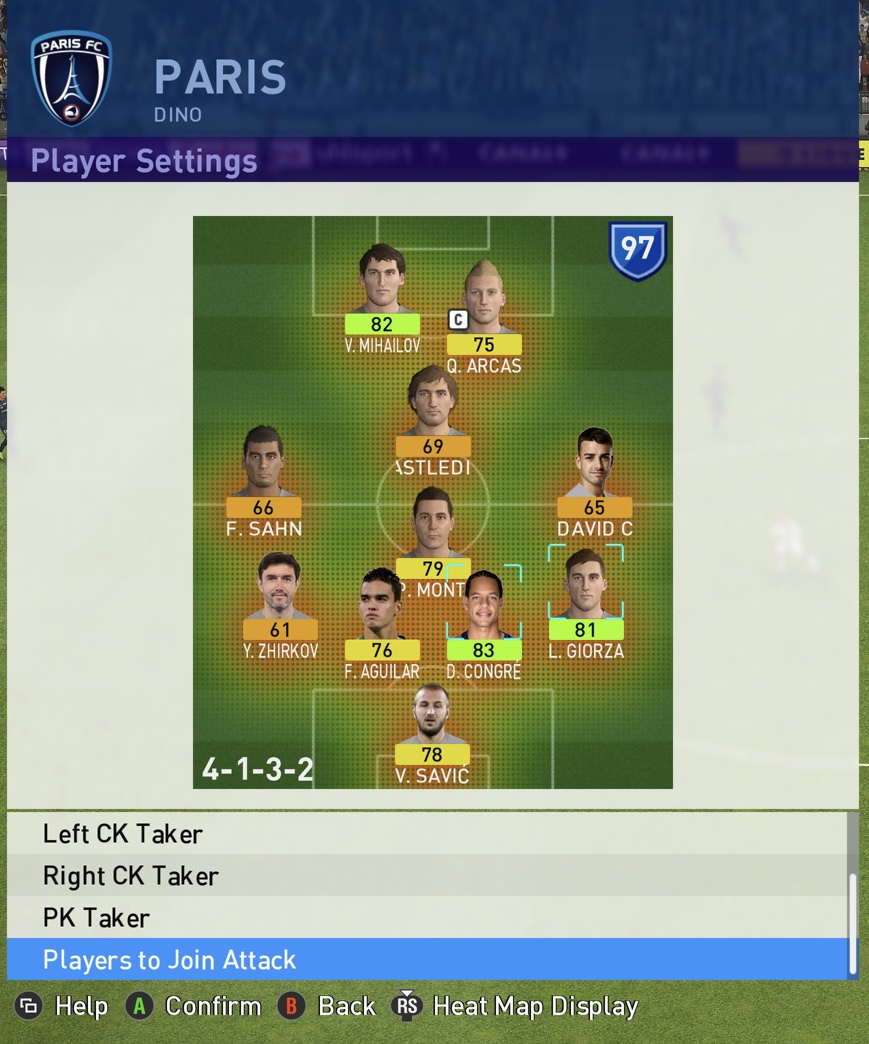 I can't believe I've played PES 2019 for a year before I finally figured that out. 🤦‍♂️

This post is Day 48 of my #100DaysToOffload challenge. Visit https://100daystooffload.com to get more info, or to get involved.