Now with Gameiro in the game, I tried the same passes I was using between Goios and Castledine, which were 1-2 lob passes over the defenders. The first time I tried it with Gameiro, I knew it was going to result in a goal later on. Gamerio was fast enough to get some separation between him and the defenders on the initial run. He's also fast enough that he could get to the ball with an opportunity to take a shot at goal. This meant that the defenders were now focusing on him, which opened up spaces behind for my other players to fill in.

After a couple more tries, I eventually scored a goal to put my team up 1-0. Then another goal came via the same tactic, to put us up 2-0 against Barcelona. On both of those goals, Gameiro made the pass that led to the goal. The decision to bring him in early in the second half paid off. 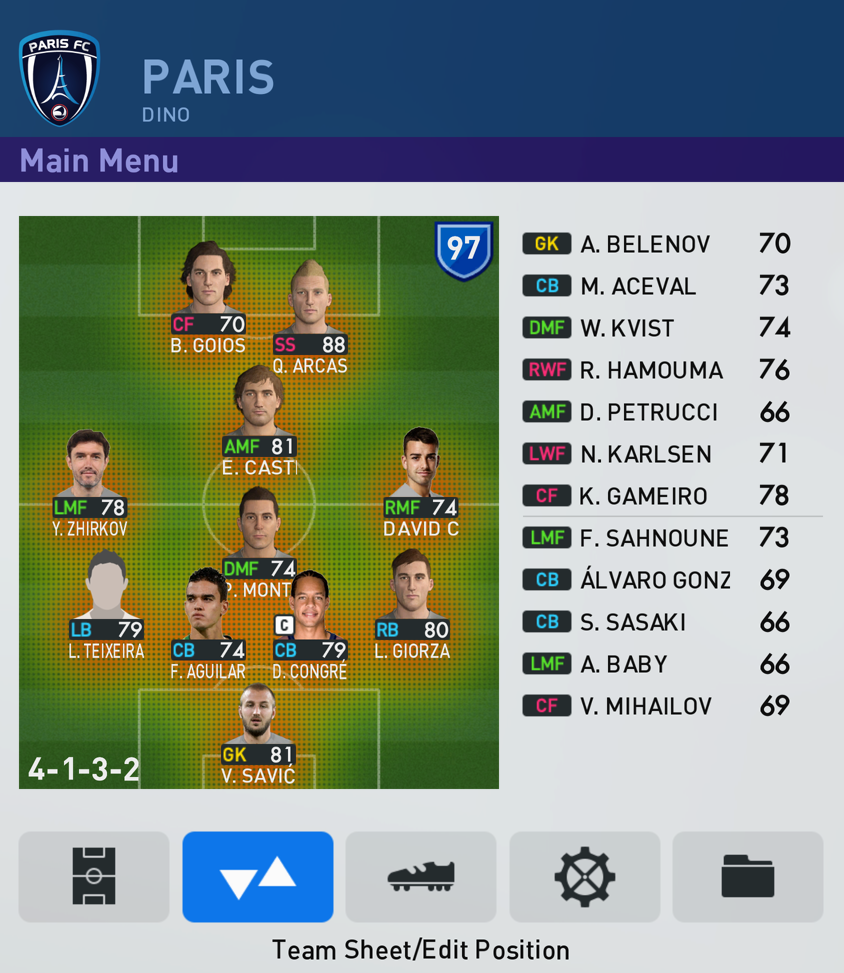 This is also an indicator that Goios — whose stats are now slowly dropping because of his age — might no longer be good enough to play against elite level teams. You can see in the screenshot above that his overall rating is only 70. My newest signing Gameiro is at 78.

This post is Day 63 of my #100DaysToOffload challenge. Visit https://100daystooffload.com to get more info, or to get involved.