With those changes in place, my 4-4-2 diamond formation was starting to become quite effective. Screenshot below shows what my formation and lineup looked like during the 2020-2021 Season. 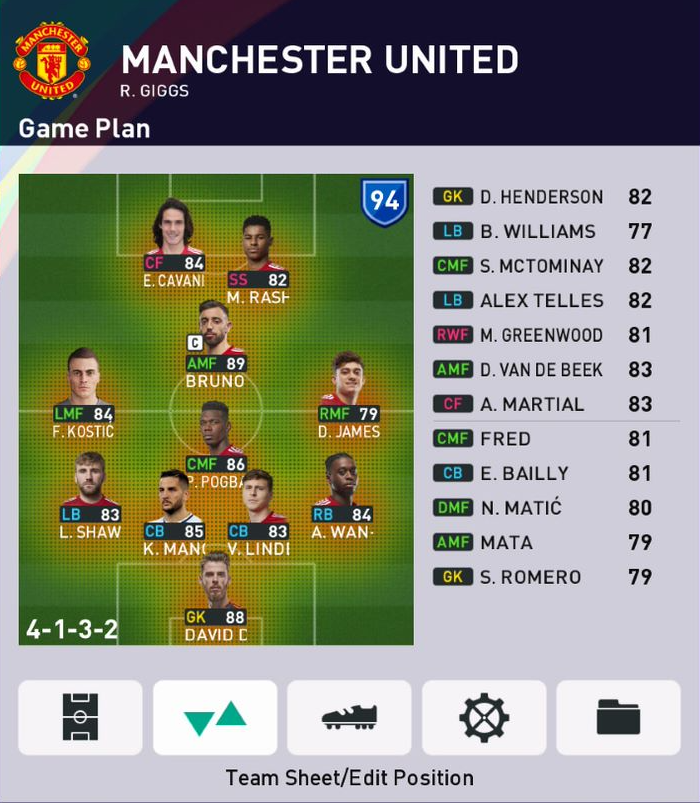 An interesting thing I noticed in PES 2021, is that most if not all of my players who have an overall rating of 80 and above, were tired from being picked to play for their national squad. The only exception was Martial (I guess France has too many choices when it comes to strikers.) All of my players that had an overall rating below 80, didn't participate in international matches.

So, this tells me, that if I want to avoid having a lineup full of tired players after international games, I need to mix it up and make sure I have some decent players who have an overall rating below 80.

Finally beat Manchester City in PES 2021. The two changes I made were to change “Defensive Containment” to Wide, and to push the Defensive Line further back. Those two changes seemed to decrease the occurrence of their wingers getting behind my defense. 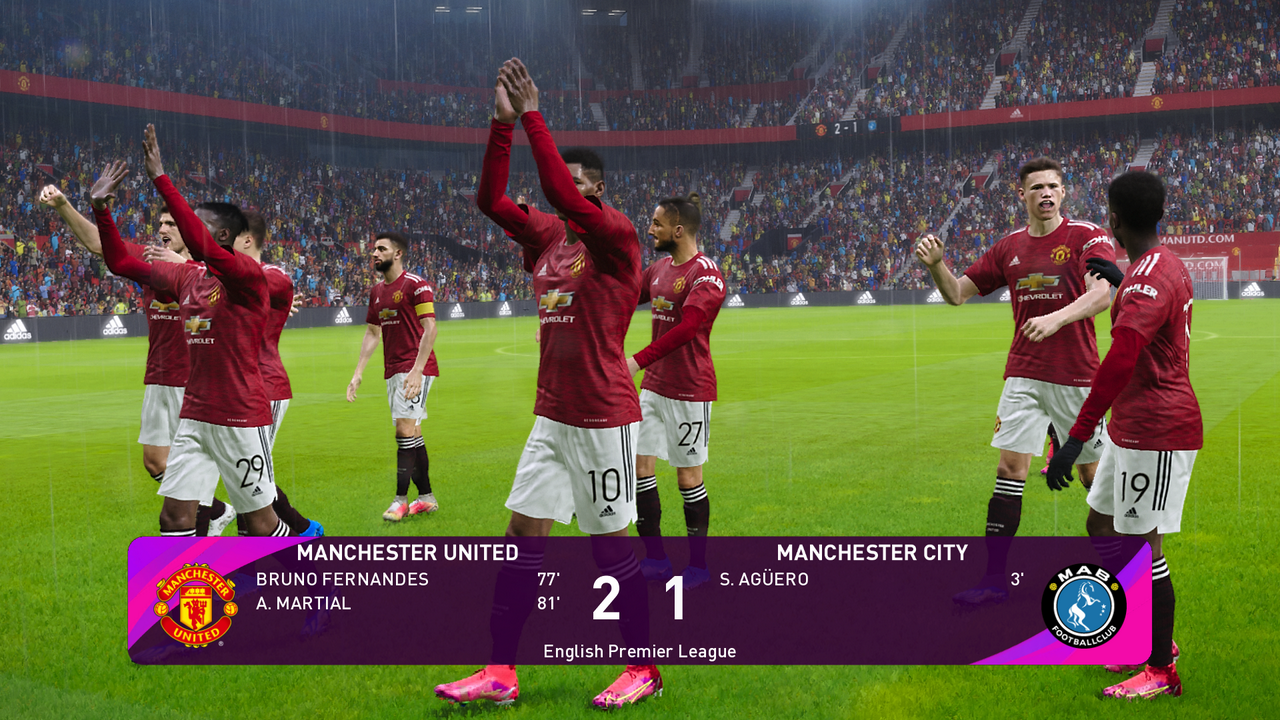