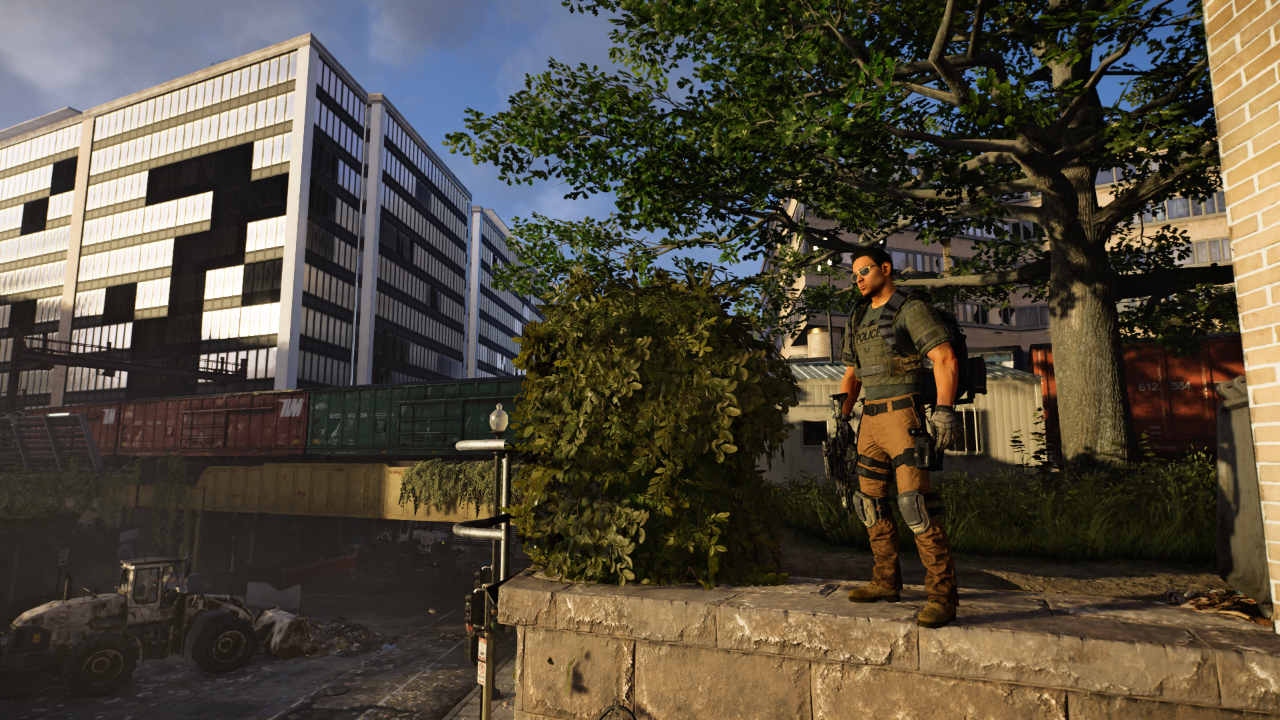 Quick breather after a hard mission

I looked it up on Google Maps and it turns out this building in the real world is the American National Red Cross bulding that is located near the White House.

The biggest surprise were the Outcasts Engineers. On the final battle at the courtyard, there were multiple Engineers on the battlefield. The Outcast Engineers use a remote controlled car that has like chainsaws on it, I don't exactly remember. Unlike the remote controlled bomb cars that the Hyena Engineers use, this one was armored so it can take a lot of bullets before going down. It also did crazy amounts of damage.

Did the Bank Headquarters main mission today. There was a plot twist in that mission that totally caught me off guard. I had to rescue a VIP, one who is very important to the game’s story. What a mission that was!

I did the whole mission using a Police M4 assault rifle as my primary weapon, with a Military Mk17 as my secondary weapon. The Mk17 with the ACOG scope on it was special. Good amount of damage per shot and seems plenty accurate even when shooting out of scope.

I redid the Jefferson Plaza mission hoping that it will unlock the greyed-out Castle Settlement, it did not work.

The Striker Drone has been really useful in helping take down elite (gold) enemies. It serves as a distraction and allows me to unload a whole mag into the enemy without even drawing their attention. It can also save my life in those “oh sh!t i’m about to be surrounded” moments by working like an ally on the battlefield.

I used to be totally dependent on the Stinger Hive skill, and to be fair, it has saved my bacon multiple times in the past. But the Striker Drone has a couple of advantages over it:

I have actually stopped using the Stinger Hive skill and replaced it with Striker Drone. I also try to only take it out once an elite enemy is on the battlefield. Otherwise I try to save it for those times when I’m getting overwhelmed by enemies.

I did the DC-62 Lab Quarantine Side mission today. An interesting mechanic in this mission is having to shoot a door's access panel to unlock the door. I don't remember any mission requiring that before.

Anyway in the final part of the mission where you are asked to “Download the research archives”, the server containing the archive is located inside a room with a locked door. It looks like you can simply hop over the window, but the game doesn't allow you to do that. To open the door, you have to shoot the yellow access panel that is viewable through the window. In the screenshot below, it is located by the white spark near the center the of the screenshot. (Unfortunately I did not get to take a screenshot before I figured out what to do, so as you can see in the screenshot, the door is already open. What you want to be looking for is a yellow access panel. Generally, in this game yellow signifies something that you can interact with. There are yellow locks that can be shot to open a fence, yellow tarps that signify the ability to climb over a ledge and in this mission, yellow access panels that can unlock a door.) 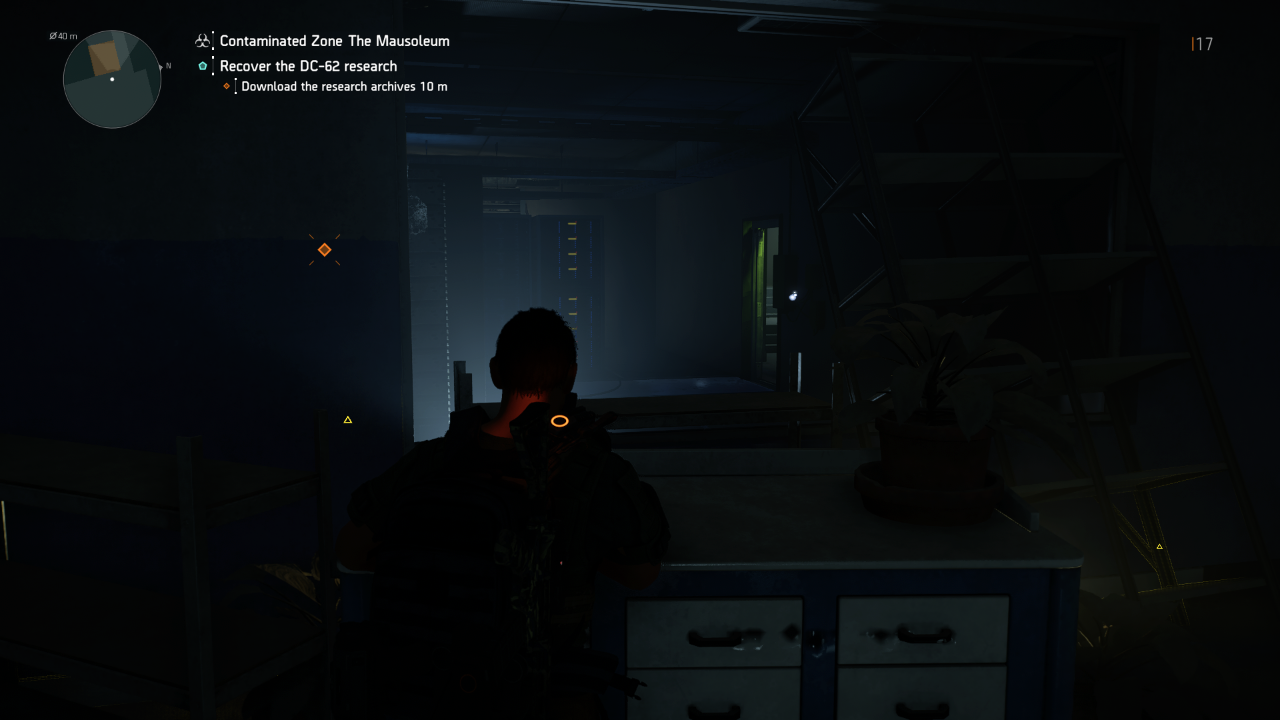